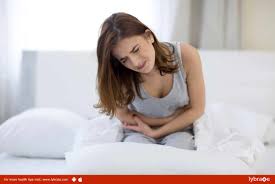 Usually, most girls start having their periods from the age of 12. But in the 1800s most girls got their period at a much more advanced age. In 1860 it was found that the average age for a girl to start her cycle was as high as 16.6 years. In 1901 it was seen that the age had dropped to 14 years. The primary reason behind this is nutrition. Since girls today have a different diet from those during the 1800s, the average age has dropped. Apart from nutrition the increase in stress level also plays a role.